Ashwagandha (Withania somnifera Dunal) has been traditionally used in Ayurvedic medicine as an aphrodisiac to help treat male sexual dysfunction and infertility. Studies have supported its ability to increase testosterone levels in humans, and experimental studies have shown ashwagandha could induce spermatogenesis in rats. However, research on its ability to improve low sperm concentration in humans, as well as the safety of supplementation, was lacking. Could treatment with a full-spectrum root extract of ashwagandha positively impact spermatogenesis and address oligospermia?

The 90-day pilot study, conducted at five infertility centers in Mumbai, India, involved 46 male patients between 22 and 40 years of age with oligospermia (sperm count < 20 million/mL semen). All men had a history of regular intercourse with a healthy partner with no apparent female infertility. The men were randomized to treatment with a full-spectrum root extract of ashwagandha (as KSM-66 Ashwagandha from Ixoreal Biomed), receiving 225 mg per dose, three times daily, or placebo capsules thrice daily. Semen parameters and serum hormone levels were estimated at the end of treatment

At the end of the 90-day treatment, men receiving ashwagandha had a:

“The outcomes of the present study provide evidence for the safety, efficacy, and tolerability of therapy with Ashwagandha root extract.” 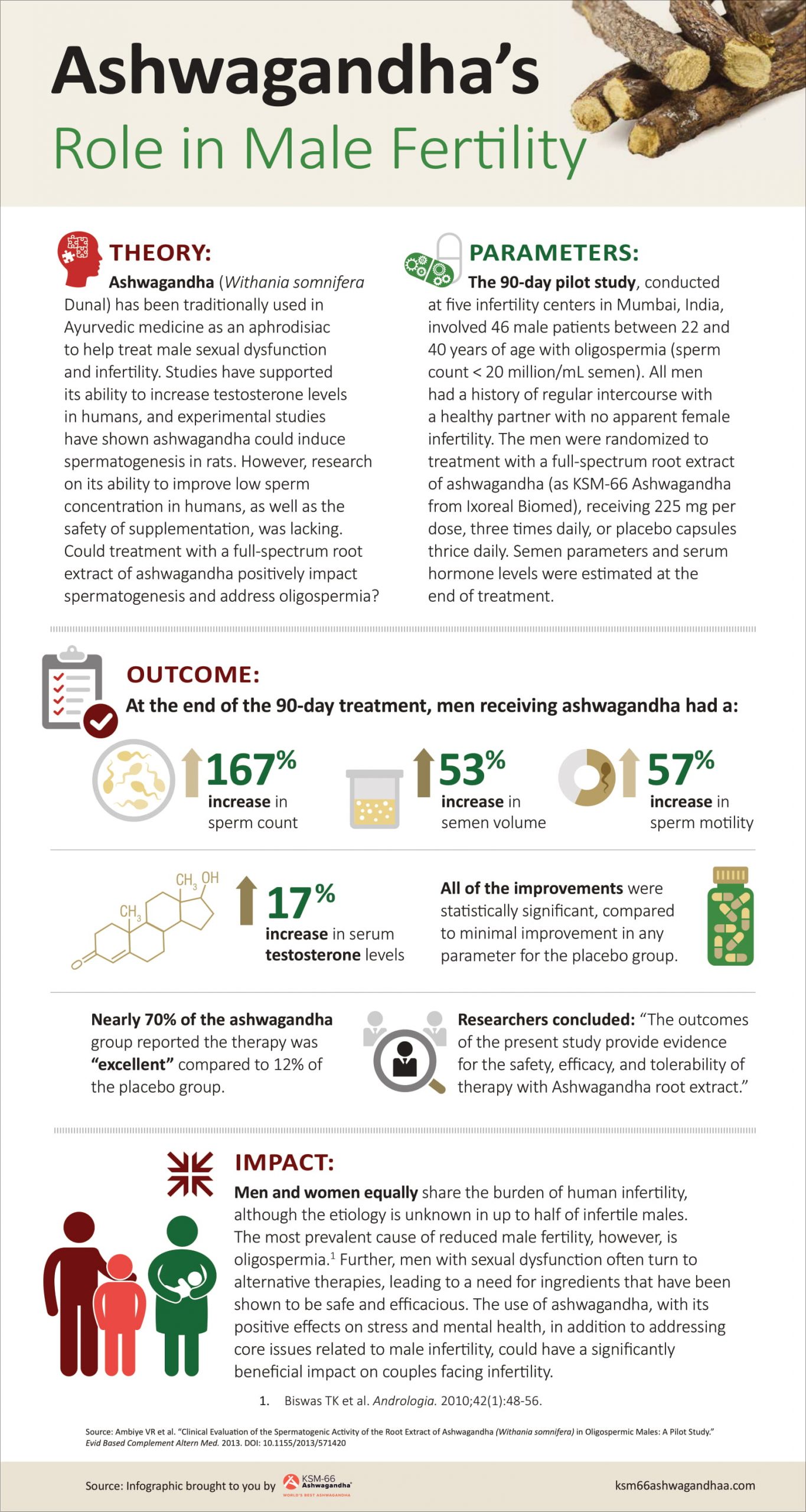 Men and women equally share the burden of human infertility, although the etiology is unknown in up to half of infertile males. The most prevalent cause of reduced male fertility, however, is oligospermia.1 Further, men with sexual dysfunction often turn to
alternative therapies, leading to a need for ingredients that have been shown to be safe and efficacious. The use of ashwagandha, with its positive effects on stress and mental health, in addition to addressing core issues related to male infertility, could have a significantly beneficial impact on couples facing infertility.
1. Biswas TK et al. Andrologia. 2010;42(1):48-56.